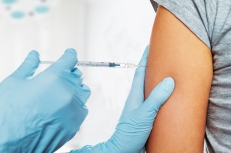 When it comes to vaccines, many people question whether vaccination is right for them and their families.

The founding principle of scientific research is the asking and answering of questions.  When it comes to vaccines, knowing the science behind their effectiveness is key.  According to the scientific evidence supporting vaccinations, vaccines are safe and effective for the vast majority of people.  On rare occasions, however, vaccines have been known to cause serious and life altering side effects.

What is Guillain-Barré syndrome (GBS)?

Guillain-Barré Syndrome  is a rare autoimmune disorder where the body’s immune system attacks its own nerves.  In GBS cases, an individual’s immune system severely damages the body’s nerve cells with the disease starting in the legs and the feet before progressing upward to the rest of the body.  Once GBS begins, the disease progresses rapidly.  Symptoms of GBS can include weakness, paralysis, and difficulty with basic motor skills such as talking, walking, or chewing.  Although most people fully recover from GBS, for some, long-term nerve damage can be the result.  In even rarer cases, difficulty breathing can lead to GBS-related deaths.

The good news is that with roughly one in 100,000 people receiving a diagnosis of GBS, the chances of an individual contracting this disease are very rare.  In the United States, for example, an estimated 3,000 to 6,000 people develop GBS on average each year, whether or not they received a vaccination.  Although anyone can be diagnosed with GBS, the disease is found more commonly among the elderly.  The incidence of GBS rises with age, with people older than 50 having an increased risk for developing the disease.

For those who do suffer from GBS, there is help in the form of the National Vaccine Injury Compensation Program (or VICP). In 1988, Congress created the VICP as a means to offer financial restitution for individuals injured by vaccines. Last year, the VICP paid an average reward of $500,000.

Asking questions is an important part of vaccine-related health.  Although vaccines are safe and effective, rare events can occur following vaccination with some people developing symptoms of GBS in the days or weeks following a flu vaccination.

If you have suffered from a negative shot reaction, Guillain-Barre Syndrome, shoulder pain, or any other illness subsequent to receiving a vaccination, please contact an attorney today. Vaccine attorney Leah Durant of the Law Offices of Leah V. Durant, PLLC is available to provide you with a free telephone consultation. This vaccine attorney is a seasoned litigator whose practice is dedicated to serving those injured by vaccines.

Leah Durant is a former U.S. Department of Justice trial attorney who specializes in vaccine injury claims covered by the National Vaccine Injury Compensation Program. These cases are filed before the U.S. Court of Federal Claims (more commonly known as the “vaccine court”) in Washington, DC, where she has been admitted to practice since 2008. Originally from the Pacific Northwest, Leah Durant is a graduate of the University of Maryland College Park and received her law degree from the University of Maryland School of Law. Leah Durant’s legal practice concentrates on litigating complex vaccine injury and medical related cases. She has an extensive legal background and has experience representing individuals with complex medical claims.
View all posts by Leah Durant »
« Worried About Getting Flu? Women Shouldn’t Be
More than Just a Pinch »