Can Brachial Neuritis Be Caused by Vaccines? 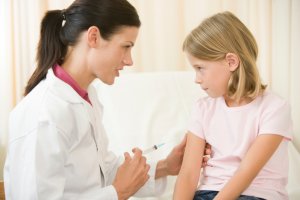 The short answer is yes. In fact, the National Vaccine Injury Compensation Program lists brachial neuritis as a Table injury for tetanus toxoid vaccine. Other vaccines may also be associated with brachial neuritis. If you have developed brachial neuritis after receiving a tetanus-containing vaccine, or any other vaccine, contact vaccine attorney Leah Durant. Our law firm specializes in vaccine injuries and can represent you in receiving compensation for your vaccine injury. You will never pay for a vaccine attorney at the Law Offices of Leah Durant. All legal costs and fees are paid by the Vaccine Injury Compensation Program.

Brachial neuritis is a form of peripheral neuropathy. Peripheral neuropathy is a disease that is typically characterized by pain or loss of function in the nerves that carry signals to and from the brain and spinal cord (the central nervous system) to other parts of the body.

As with some other vaccine injuries, with brachial neuritis, the pain, loss of function and other damage occurs in the brachial plexus which is a bundle of nerves that travels from the spinal cord to the shoulder, arms, and hands.

Brachial neuritis is also commonly referred to as brachial neuropathy, brachial plexus injury, and Parsonage-Turner syndrome. The condition typically begins with sudden, unexplained, and severe pain and/or burning in the upper arm.

Symptoms of brachial neuritis may follow a vaccine injury and include;

The Vaccine Program will provide you money if you have suffered from this vaccine injury. Vaccine attorney Leah Durant knows the process and can represent you free of charge. Once accepted into the vaccine injury compensation program, all attorneys’ fees and costs related to your vaccine injury claim are paid by the Vaccine Injury Compensation Program.

Brachial neuritis is specifically listed on the Vaccine Injury Table for tetanus toxoid, a vaccine that may be administered alone, or with other vaccines such as the Diptheria-Tetanus-acellular Pertussis (DTP, or DTaP, or Tdap) vaccine.

The Vaccine Injury Table makes it easier for some people to get compensation. The Vaccine Table lists and explains injuries that are presumed to be caused by vaccines. It also lists time periods in which the first symptom of these conditions must occur after receiving the vaccine. If the first symptom of these conditions occurs within the listed time periods, it is presumed that the vaccine was the cause of the injury or condition unless another cause is found. According to the Vaccine Injury Table, the time frame for the onset for brachial neuritis after having received a tetanus vaccine is 2-28 days.

Brachial neuritis. (i) This term is defined as dysfunction limited to the upper extremity nerve plexus (i.e., its trunks, divisions, or cords) without involvement of other peripheral (e.g., nerve roots or a single peripheral nerve) or central (e.g., spinal cord) nervous system structures. A deep, steady, often severe aching pain in the shoulder and upper arm usually heralds onset of the condition. The pain is followed in days or weeks by weakness and atrophy in upper extremity muscle groups. Sensory loss may accompany the motor deficits, but is generally a less notable clinical feature. The neuritis, or plexopathy, may be present on the same side as or the opposite side of the injection; it is sometimes bilateral, affecting both upper extremities.

(ii) Weakness is required before the diagnosis can be made. Motor, sensory, and reflex findings on physical examination and the results of nerve conduction and electromyographic studies must be consistent in confirming that dysfunction is attributable to the brachial plexus. The condition should thereby be distinguishable from conditions that may give rise to dysfunction of nerve roots (i.e., radiculopathies) and peripheral nerves (i.e., including multiple monoeuropathies), as well as other peripheral and central nervous system structures (e.g., cranial neuropathies and myelopathies).

Contact the Vaccine Attorney at the Law Offices of Leah V. Durant, PLLC

To request additional information about brachial neuritis, call The Law Offices of Leah V. Durant, PLLC today at 202-775-9200 or by emailing info@vaccinelaw.com. You may also use the form below.

Leah Durant is a former U.S. Department of Justice trial attorney who specializes in vaccine injury claims covered by the National Vaccine Injury Compensation Program. These cases are filed before the U.S. Court of Federal Claims (more commonly known as the “vaccine court”) in Washington, DC, where she has been admitted to practice since 2008. Originally from the Pacific Northwest, Leah Durant is a graduate of the University of Maryland College Park and received her law degree from the University of Maryland School of Law. Leah Durant’s legal practice concentrates on litigating complex vaccine injury and medical related cases. She has an extensive legal background and has experience representing individuals with complex medical claims.
View all posts by Leah Durant »
FAQs About the National Vaccine Injury Compensation Program »